Share a memory
Obituary & Services
Tribute Wall
Read more about the life story of Italia and share your memory.

In the early morning hours of Christmas day, Italia Velardo Santucci, loving mother to three sons, Salvatore, Raymond, and Dennis, grandmother to six and great grandmother to eight, passed away at the age of 91. Italia was born on August 23, 1931 in Sassinoro, Italy to Teresangiola and Domenico Velardo and was one of seven children. Italia left Sassinoro at the age of 19 to marry her beloved husband, Remi, and with him traveled to Ossining, NY, where they built a beautiful family and home. Italia was an avid gardener, a wonderful cook, and worked for many years in the cosmetology field where she warmly connected with her clients. Italia was predeceased in 2006 by her loving husband of 56 years, Remi, and early in 2022 by her son, Raymond. Italia is survived by her son, Salvatore Santucci of Ossining, NY, her son, Dennis (Married to Kimberley Conklin) Santucci of Southeast, NY, and their children Dennis Jr., (Married to Nadine Schmidt), Courtney (Married to Rodrigo Esperon), and Bailey, as well as her daughter-in-law, Ann (Sileo) Santucci of Mechanicsville, VA, and her children Raymond Joseph Jr. (Married to Lauren Loffredo), Matthew, and Rachel. She is also survived by her eight great grandchildren, and her brother Luciano Velardo (Married to Maria) of Ossining, NY, and her many nieces and nephews. Reposing will be held at Leach & Thomas Funeral Home on Wednesday from 4-8 PM. Funeral Mass will be held at St. Ann's Church, Ossining, NY on Thursday 10 AM. Entombment will be held at Gates of Heaven Cemetery, Hawthorne, NY. In lieu of flowers, donation in her name to the Millwood Fire Department 100 Millwood Road, Millwod, NY 10546 would be greatly appreciated.
LEACH & THOMAS FUNERAL HOME
45 S. Highland Ave
Ossining, New York 10562

To send flowers to the family or plant a tree in memory of Italia (Velardo) Santucci, please visit our floral store. 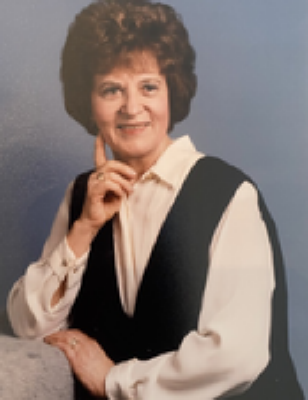