Share a memory
Obituary & Services
Tribute Wall
Read more about the life story of John and share your memory.

link to the funeral mass

John “Brendan” Stack was a loving husband, father, grandfather, brother, uncle and friend.  He left this world suddenly on January 7, 2023, at the age of 80.

He was a proud Kerryman who was born in Ballylongford, Co. Kerry Ireland to Peter and Josephine Stack on May 16, 1942.  He spent his youth cycling through the hills of Kerry. In 1962 he left Ireland at age 16 and headed to New York to join his older brothers and sister Pat, Mike, Tom, Tony, Connie and Eileen.

His early years in New York provided him with the determination to own his own business.  He settled into the Kingsbridge section of the Bronx where he would go on to be the sole proprietor of several taverns.  The Foxes Den, Jesse James Tavern, later named Stack’s Tavern.

It was in the Bronx; he met the love of his life Bridget (Purcell).  They married in 1964 and have been at each other’s side for the last 58 years.  They eventually moved to Westchester and made Briarcliff Manor their home to raise their three children.

He was a jack of all trades, entrepreneur, business owner and the “Mayor of Broadway”.  A friend to all in need.  He was an avid golfer, billiards player and cyclist   He was known to make the best shepherd’s pie this side of the Atlantic.  He was also known as the master of replacing the felt-on pool tables all over New York.  He enjoyed traveling to Ireland, the Jersey Shore, spending the winter in Florida and cruising the world.

He is survived by his loving wife Bridget.  Their three children Brendan (Erika), Cathy (Michael Petti), Robert and his three cherished granddaughters Cassidy, Hope, and Arya.  He is also survived by his brothers James and Phil along with numerous nieces and nephews both here and in his native Ireland.  He is predeceased by his parents and siblings Mary, Peg, Kitty, Eileen, Patrick, Tom, Tony, Connie, Mike and Josephine.

He will be remembered by all who had the pleasure of meeting him.

Rest in Eternal Peace Brendan.  The boys have welcomed you home.

To send flowers to the family or plant a tree in memory of John Brendan Stack, please visit our floral store. 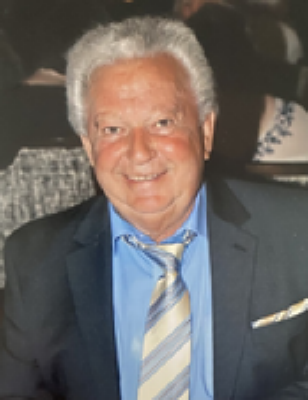