Share a memory
Obituary & Services
Tribute Wall
Read more about the life story of Edna and share your memory.

Edna Rose Ventarola (nee Smith) died peacefully at her home on November 14, 2022 surrounded by her family.
Edna was born on August 10, 1954 to Albert and Margaret Smith (nee Scanlan) and was raised in the Kingsbridge area of Bronx, New York. Edna grew up in a loving family with three brothers and four sisters. She graduated from Lehman College. She was an early childhood educator and a certified parent coach. Edna served as the director at Creative Playtime in Scarsdale, NY, and also the director of the Head Start Program in Port Chester, NY. She was a staff developer and head teacher at Noroton Presbyterian Nursery School in Darien, CT.
Edna met her husband Ronald at the Riverdale ice skating rink in the early 70’s. They were married on August 13, 1977 and shared 45 years together. They lived in Ossining, New York where Edna and Ron made many cherished friends.
Edna’s proudest achievement was being a devoted and loving mother to her daughter Jessica and grandmother to her granddaughter Lucy and grandson Harry. She cherished her time with her grandchildren, who live in Briarcliff Manor.
Edna is survived by her husband Ron, daughter Jessica Kane (Ryan Kane), granddaughter Lucy Kane, grandson Harrison (“Harry”) Kane, sisters Catherine Hamilton, Patricia Heffernan and Francis Lewis, brothers Edward Smith and Thomas Smith, and many nieces and nephews.
Calling hours will be on Thursday November 17 between 4:00 pm and 8:00 pm at Waterbury and Kelly Funeral Home, 1300 Pleasantville Road, Briarcliff Manor, NY 10510. The funeral mass will be held on Friday, November 18 at 10:00 am at the Church of the Magdalene, 528 Bedford Road, Pocantico Hills, New York 10591, followed by her internment at the Gate of Heaven Cemetery.
In lieu of flowers, Edna requested that donations be made to Pancreatic Action Network (pancan.org).

To send flowers to the family or plant a tree in memory of Edna Rose Ventarola, please visit our floral store. 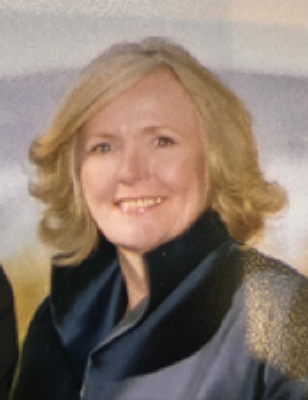